Give a Gift Card and let them decide! 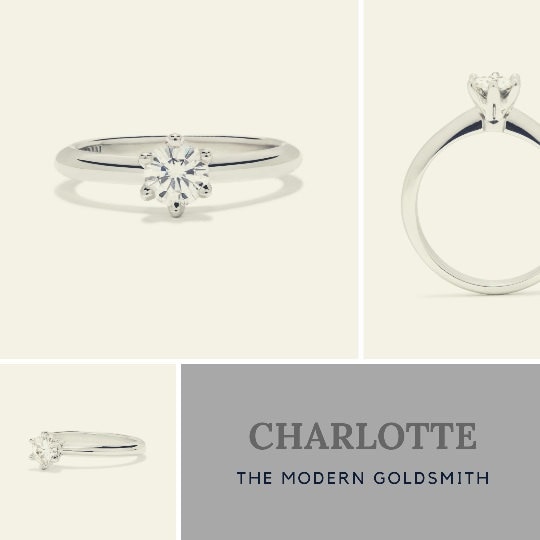 Moissanite was originally found in a meteor crater in the 1890's, the meteor was thought to have crashed in the Arizona desert fifty thousand years before. Samples of the mineral were given to a French Scientist Dr. Henri Moissan who concluded that this chrystal with an extrordinary sparkle was a new mineral, silicon carbide. Today moissanite is created in a Lab and with a hardness of 9.25 on moh's scale it is higher than any gemstone used in jewellery besides diamond.

In the 1990's moissanite, named after Dr. Moissan was introduced into the jewellery market and has been favored by people wanting to make an ethical choice for their engagement ring.

Moissanite is a dazzling gemstone, with more brilliance and fire than any other gemstone. The hardness at 9.25 on moh's scale, just down from diamond (at 10) means that this stone wont abrade over time and will keep it's brilliance.

At a fraction of the the cost of diamond moissanite is also a great choice for someone wanting a large stone on a small budget, they can still be set into a custom hand made mount and look absolutly stunning.

Previous Post Why you Should keep your Jewellery clean!
Next Post Spinel The Underappreciated Gem
0 items in your cart